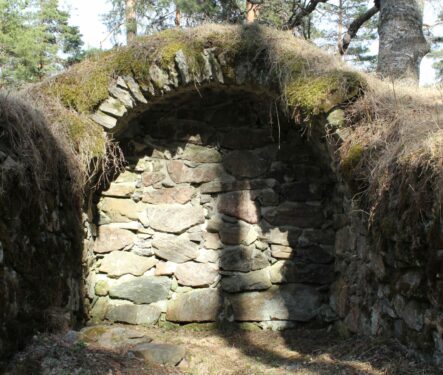 Brahelinna in Ristiina was a castle mansion built by the Finland’s Governor General Per Brahe in the 17th century, of which only minor ruins have survived to the present day. Surrounded by protective walls, the site was a massive stone building originally designed as an administration building, which fell into disrepair after the Great Northern War of the 18th century. Later, the ruins have been demolished and the stones utilized in other construction projects.