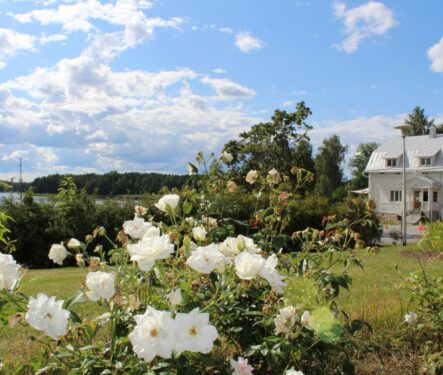 A decision to build a Taipalsaari Municipal house to Curch village shipyard was made in March 1885. The building got ready very fast considering that time period since it was ready in 1.9.1886. Administration and the number of officials increased after Finland's independence. The second floor was built in the 1920s. The appearance of the building has not changed much since that. The municipal house has always been a central place. Municipal meetings, Municipal Council meetings and Municipal Government meetings were held there during years 1886 – 1989. Also Municipal officials used the facilities until 1989. The municipal library operated there during years 1886 – 1989. Also the bank operated there during years 1917-1931. At some point there was an apartment in upstairs. Since year 2009 the old municipal house was used as a storage. At last in March 2017 the municipal technical board proposed its dismantling. It ended up for sale in an open tender in 2019. In April 2020 the renovation started. It was done in respect of the old heritage. In late winter 2020 the repair was completed. Nowadays the old municipal house is available to residents and tourists. In upstairs there is an apartment and office space for rent. In downstairs there is a restaurant and exhibition space. There is a wonderful landscape terrace which finalizes the old mucipal house's beautiful athmosphere. It is just perfect for parties!