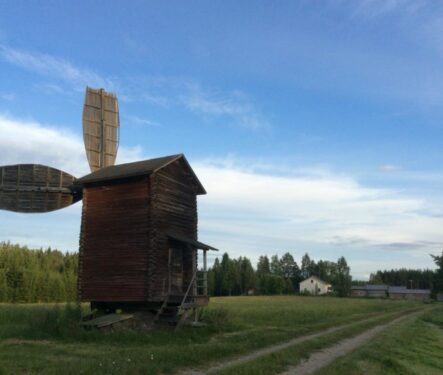 The farm house is situated in the Paappala village 18 km from the Kangasniemi main village. The farm has all the buildings typical of an old Finnish farm such as the main building, 12 outbuildings and a windmill, all in a functioning environment. The last farmer and his family moved out in 1960. In 1967-1968 the place underwent its first repairs and was turned into a museum. The most recent work, a large scale restoration under the leadership of the National Board of Antiquities was started in the early 1990s. The main building’s shingle roof was redone in summer 2008 and the roofs of the remaining buildings will be done in the near future. Summer 2014 saw the re-erection of a split rail fence around the courtyard by a group of volunteers. Pitkäpelto farmhouse museum is open on July Sundays 12.00-15.00. Other times for groups by prior booking.