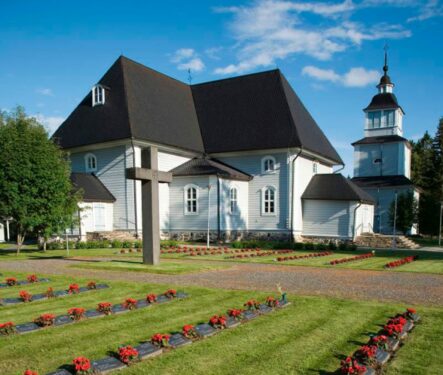 Ristiina Church was built in 1775 and it was extended nearly 70 years later, in 1844. The belfry was completed in 1752. The church park is the home of many war monuments and the last resting place of Finnish soldiers who fell in the Winter War and Continuation War. The portraits of Per Brahe the Younger and his first wife are on view in the church. The paintings are the only ones of them, which are painted using living models. Both portraits were painted before 1650. Distance from the centre of Mikkeli: 20 km.