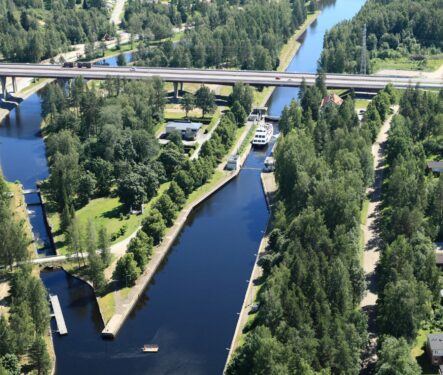 The Unique Saimaa Canal runs from Lake Saimaa, via the city of Vyborg, to the Gulf of Finland and is the most historically important canal in Finland. The Canal is 43 km long and has eight locks, three on the Finnish side and five in Russia. Construction of the canal began in 1845 and it was opened to traffic on September 7, 1856. The Saimaa canal was renewed and extended several times in the 20th century. Saimaa canal and Canal museum are Saimaa Geopark’s natural and cultural site. The Saimaa Canal Cultural Trail (Saimaan kanavan kulttuuripolku) runs by the side of the canal, between the locks of Mustola and Mälkiä.