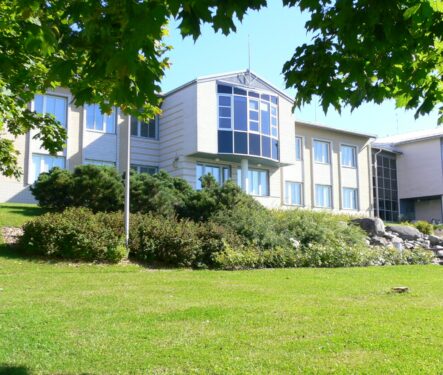 Taipalsaari City Hall has been completed in 1989. The building has been designed by Architect's office Riitta and Kari Ojala. It has been influenced by the tar steam ship tradition of Taipalsaari. This is shown in the forms of the building and in material choices. Also the names of the meeting rooms, such as Rudder cabin, Bow cabin and Mess, are carrying your mind to the waves of Lake Saimaa.