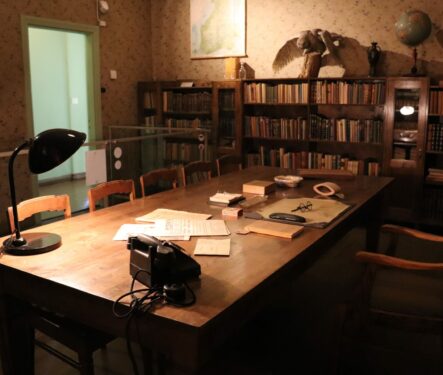 The Headquarters Museum was established in 1974, when the office of the Commander-in-Chief Marshall Mannerheim was opened to the public. In 2001, the museum was expanded to two floors and six exhibit rooms and restored to its original state during the Second World War. The Museum focuses on the leadership of war, the persona of Commander-in-Chief Marshall Mannerheim and Mikkeli as the Headquarters city. Muisti and the Headquarters Museum offer a museum experience, in which the visitors learn about issues of war and peace, and war as a phenomenon.